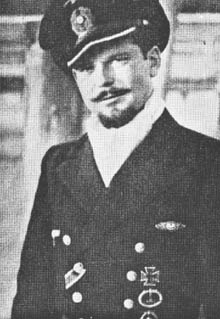 
The U-Boats that Surrendered under the Japanese Flag

At the time of the German surrender in Europe in May 1945, there were six Kriegsmarine U-Boats in the Far East, all of which were then taken over by the Japan and commissioned into the Imperial Japanese Navy (IJN) on 15 July 1945. There was also one other ex-U-Boat in Japan (U-511), which was one of two that had been donated to the IJN in 1943 and 1944.

U-511 had been handed over to a Japanese crew in Penang on 20 July 1943, and sailed for Kure, Japan, where it arrived on 7 August. It was formally commissioned into the IJN as RO-500 on 16 September 1943. Thereafter it was used by the IJN for training purposes, first at Kure and then at the Otake submarine school and the Maizuru naval base. On 15 August 1945, rather than surrendering immediately, RO-500's crew decided to join the fight against the USSR, and it departed from Maizuru on 18 August 1945. However, the C-in-C of the IJN submarine force learned about this and instructed RO-500 to return to Maizuru on the same day.

U-1224 had been handed over to the IJN in Kiel, Germany on 15 February 1944, and was formally commissioned as RO-501 on 28 February. The IJN crew trained on the U-Boat until 30 March, when it sailed for Japan, calling at Kristiansand(S) in Norway in early April to take on board fuel and supplies. RO-501 was sunk whilst on passage to Japan on 13 May 1944 by the destroyer escort USS Francis M Robinson in the South Atlantic north west of the Cape Verde Islands.

On 26 July 1945, the USA, UK and China released the Potsdam Declaration announcing their proposed terms for Japan's surrender, which included the statement that: "The Japanese military forces shall be completely disarmed". After the Japanese surrender on 15 August 1945, and in order to implement this policy, the US Government issued a document "US Initial Post-Surrender Policy for Japan" (SWNCC 150/4/A dated 21 September 1945) which included the statements that: "Japan's ground, air and naval forces shall be disarmed and disbanded" and "Naval vessels shall be surrendered and shall be disposed of as required by the Supreme Commander". As a result, all IJN submarines which surrendered were to be demolished, scuttled, or otherwise destroyed.

The seven ex-U-Boats which had surrendered as IJN submarines, and which had previously served in the Kriegsmarine, were (rather surprisingly) listed in the Final Report of the Tripartite Naval Commission signed in Berlin on 6 December 1945, which required that all "unallocated" U-boats were to be sunk no later than 15 February 1946. All seven were described as "unallocated" submarines and thus, by definition, were required to be sunk in the open sea not later than the due date.

This was achieved (just) in respect of the four ex-U-Boats which had surrendered in Singapore and Java, but not in respect of the three that had been captured by US forces in Japan, which were not sunk by the US Navy until April 1946. This was because the US Chief of Naval Operations, and hence the US Government, successfully argued that these three ex-U-Boats were IJN submarines when they surrendered, and that the Tripartite Naval Commission therefore had no jurisdiction over them.

There was however even some minor last-minute local drama linked to the disposal of one of the four ex-U-Boats in the Far East that were under British jurisdiction. This was because the Foreign Office in London and the Admiralty wished to comply exactly with the requirements of the Tripartite Naval Commission, and to be able to report that all unallocated U-Boats in British custody had been sunk by the due date. For whatever reason, and despite being instructed by the Admiralty in January 1946 to scuttle the four U-Boats without delay, the Royal Navy in Java came close to missing the deadline in relation to U-195.

The Senior Naval Officer in Surabaya had advised the Royal Naval C-in-C East Indies on 12 February 1946 that there were considerable quantities of tungsten and wolfram on board U-195, and that he intended to dock the U-Boat and remove the metals before sinking it. However, the response from the C-in-C was unequivocal, and came in the form of a “most immediate” message on 14 February which said: "Sink U-195 forthwith and report when sunk. No delay is acceptable. Acknowledge".

Thus, seven ex-U-boats flying the Japanese flag surrendered to the Allies in August 1945. These were:

U-181 (I-501). Taken over by the IJN at Seletar Naval Base, Singapore and commissioned as I-501, with the intention of using it for operations. However, other than some short crew training sorties, this did not prove possible before it surrendered at Seletar on 16 August 1945, and was captured there by the Royal Navy in September 1945. On 15 February 1946 (GMT), it was towed by HM Tug Assiduous to the Straits of Malacca, off Singapore, where it was then scuttled by the frigate HMS Loch Glendhu.

U-195 (I-506). Taken over by the IJN in Surabaya, Java and commissioned into the IJN as I-506 on 15 July 1945. Because of a lack of Japanese crew, it never left its moorings. It surrendered in Surabaya in August 1945, and for a time its diesel engines were used to provide electricity for the city. It was scuttled by the Royal Navy in the Bali Sea, east of Kangean Island, on 15 February 1946, possibly by the cruiser HMS Sussex.

U-219 (I-505). Taken over by the IJN in Batavia (now Jakarta), Java and then moved to Surabaya, Java for servicing and to be commissioned into the IJN as I-505 on 15 July 1945. It then returned to Batavia where it surrendered in August 1945. It was sunk by gunfire from the Royal Netherlands Navy destroyer HNMS Kortenaer (ex-HMS Scorpion) south of the Sunda Strait, between Java and Sumatra, on 3 February 1946.

U-862 (I-502). Taken over by the IJN at Seletar Naval Base, Singapore and commissioned as I-502 on 15 July 1945, with the intention of using it for operations. However, other than some short crew training sorties, this did not prove possible before it surrendered at Seletar on 16 August 1945, where it was captured by the Royal Navy in September 1945. On 15 February 1946 it was towed into the Straits of Malacca, off Singapore, by HM Tug Growler and scuttled there by the frigate HMS Loch Lomand.

U-IT-24 (I-503). This ex-Italian submarine (Commandante Cappellini) which had been captured by the IJN at Singapore on 10 September 1943, and then handed over to the Kriegsmarine on 22 October 1943, was itself captured whilst being overhauled in dock at Kobe after the German surrender, and then taken over by the IJN. Though it was commissioned into the IJN as I-503 on 15 July 1945, it took no part in operations. It was captured in the Mitsubishi Shipyard, Kobe by US forces on 2 September 1945, and subsequently sunk by the USN on 16 April 1946 in the Kii Suido between the Japanese islands of Honshu and Shikolu.

U-IT-25 (I-504). This ex-Italian submarine (Luigi Torelli) which had been captured by the IJN at Singapore on 10 September 1943, and then handed over to the Kriegsmarine on 22 October 1943, was itself captured in Kobe after the German surrender, and then taken over by the IJN. Though it was commissioned into the IJN as I-504 on 15 July 1945, it was undergoing an overhaul at the time and took no part in operations. It was captured at the Kawasaki Shipyard, Kobe by US forces on 2 September 1945, and subsequently sunk on 16 April 1946 by the USN in the Kii Suido.

Footnote
Anyone who wants to know more details about these Japanese U-Boats may like to access the excellent Internet site www.combinedfleet.com which, with the addition of a forward oblique stroke (/) and the IJN submarine number, will open a virtual Pandora's Box of astonishing detail written by Bob Hackett and Sander Kingsepp.