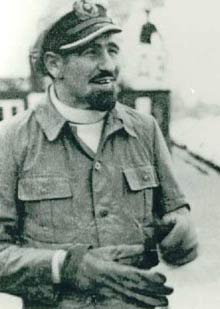 U-864 was discovered near the island Fedje (north inlet to Bergen) and is resting in 150m deep water.

Investigation is under way by the Norwegian government as to whether the boat has 70 tons of mercury stored in the keel, as believed. If so that's a major environmental concern.

Here is a link to Norwegian Broadcasting Company (NRK) about this U-boat. http://www.nrk.no/nyheter/distrikt/nrk_hordaland/3190395.html. (Norwegian)

On this site there is also a link to a reportage when the U-boat was found this spring.