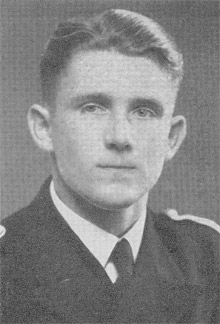 The boat was located near the island of Læsø by the same divers who also found U-534. The boat is apparently with its nose in the sea floor with the stern raised 30 degrees making it possible to dive under the stern itself. The diver Allan Greisen had been looking for the boat for 12 years and will currently not give out its exact position.

Tuesday scuba divers found the wreck of a German uboat that was sunk May 2, 1945. The wreck is on the seabed east of Laesoe in Kattegat. Divers has searched for the uboat (U-2359) for the last 12 years.

The U-2359 was the only of the uboats sunk i Danish waters that hadn't been accounted for.

The uboat is despite its 200 tons in the leightweight class among uboats. It's only 34,28 meters long, built for attacking the enemy in shallow waters.

Allan Greisen is one of the four scuba divers who got lucky as they dived on a still secret GPS-position.

"We have sought for it for 12 years. Now vi have finally found it. It is a special little case. It stood in the seabed with a 30 degrees pitch and the stern hovers, so you can swim under it. The uboat is apparently chrash dived into the bottom, and it has stood there since then," Allan Greisen tells.

The uboat was attacked and sunk on May 2, 1945, by 35 British Mosquito fighters. No museum in the world has a uboat of this type, so it could be interesting to raise it, think as well the divers as Flemming Hansen, who leisure time has studied the Second World War uboats.

"Historically it is interesting, and you have in the past raised uboats six times as big, so it should be easy to raise. 50-60 of them was built, and this one was completed i january 1945. But a big part of the German uboats was lost, because the German scuttled them themselves at the end of the war," Flemming Hansen says.

The divers of the ship "Ternen" has found hundred of wrecks through the years, among them U-534 that was raised in the summer of 1993 by Karsten Ree.