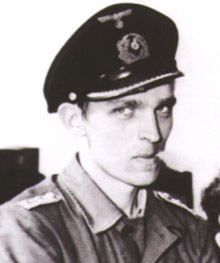 Attacks on U-176 during this patrol

25 Aug 1942
After a successful attack on convoy ONS 122, the surfaced boat sighted HMS Viscount and at 02.12 hrs fired a stern torpedo, which missed astern because it was a surface runner. The destroyer then dropped five depth charges on the diving U-boat, none of which caused any damage. While turning for another attack, HMS Viscount sighted U-605 and left to pursue her. (Sources: ADM reports, KTB U-176)

25 Aug 1942
At 06.13 hrs, U-176 encountered HMS Viscount astern of convoy ONS 122 in thick fog. The destroyer was searching for another U-boat they had attacked earlier, and investigated a radar contact by firing a star shell. On sighting U-176 on the surface nearby, Viscount opened fire with the 20mm AA guns, but they could not be depressed enough. The U-boat crash-dived at a steep angle of more than 45° to a depth of 120m (394 ft). The destroyer dropped five depth charges, which caused only minor damage, before losing Asdic contact, and returned to the convoy on sighting oil on the surface after sweeping the area for 20 minutes. (Sources: ADM reports, KTB U-176)