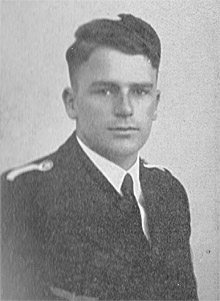 In World War Two the scientist became more important to the outcome of the war than ever before. This was of course so on the German side, the Enigma cipher system, the Walter propulsion system and of course the German jets, rockets and missiles are just few of the items they came up with. In these pages we'll attempt to explain most technologies relevant to the U-boat war. We'll eventually also cover the allied technologies that eventually doomed the conventional U-boat in 1943-1945.

Here you'll find a good overview of the revolutionary Elektro boats that saw service in the final months of the war. These were to influence submarine design for decades afterwards.

At this time a short overview page on the U-boat's main armament. From the original compressed air driven T1 (G7a) to the advanced electrical acoustic T11 torpedo. Also gives examples of the LUT and FAT pattern running torpedoes.

Explains the secondary armament of the U-boat force and gives examples of unusual gunfire activities such as shore bombardments.

Covers the many variations in anti-aircraft experiments on the U-boats, esp. the many changes in the conning tower (Wintergarten).

An introductory page on submarine mines and their use during WWII.

Enigma and the U-boats

A set of pages dealing with the impressive Enigma cipher machine used by the Germans before and during the war. Also deals with the relevant U-boat ciphers used.

Without those there would have been no U-boat war :) The allies lost a great opportunity to effectively cripple the U-boat fleet when they ignored those plants during their strategic bombing of Germany.

This was an apparatus which enables the U-boat to stay submerged while running the diesels to recharge the batteries and also to ventilate the boat. Over 214 U-boats were fitted out with the equipment in 1943-1945.

This was an U-boat observation rotor kite used to expand the U-boat's line-of-sight.

Deals with the efforts to equip the U-boats with radars and also covers land-based supporting radars.

After 1941 or so radar detection became vital for the U-boat's survival. Here you'll find most of the German developments in the war.

How radio direction finders work and their use by U-boats.

Maintenance and usage of submarine batteries

German Industries and the U-boat offensive

The U-boat's eye-in-the-sky for many of the earlier convoy battles.

An effort to improve the Luftwaffe support to the U-boats, but it was too little and too late.

One of the most successful aircraft of the war. It played a role in assisting the U-boats by fighting the British over the Bay of Biscay.