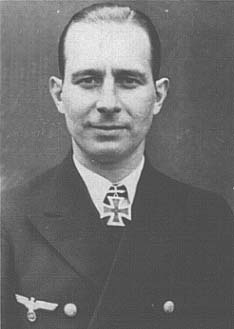 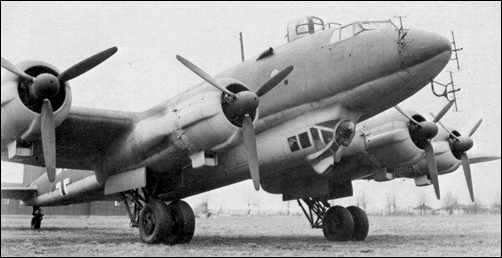 On 27 July 1937 a new and graceful aircraft made its first flight, from the airfield of Neuenlander. The pilot was the designer of the aircraft, Kurt Tank, and the aircraft was the Fw 200 Condor. It belonged to a new generation of four-engined, long-distance transports.

The Condor had been designed for the Deutsche Lufthansa, which wanted a airliner for a route to South America. Its high aspect ratio, long-span wing was characteristic of long-range aircraft, sail planes, and the Condor bird that the aircraft was named after. Its modern, flush-riveted light alloy construction aimed for maximum efficiency. With four Pratt & Whitney Hornet S1E-G engines, later replaced by BMW 132L engines (licence-built Hornets) and up to 4360 liters of fuel the Condor was intended to fly 26 passengers over long distances. That it could do so was demonstrated in August 1938 by a flight from Berlin to New York in 20 hours, non-stop. Later that year a Fw 200 flew to Tokyo, with three stops, in 46 hours.

Production began in 1938 with the Fw 200A-0 transports. One of them became Hitler's personal aircraft, D-2600 Immelmann III. Other aircraft went to the Lufthansa, the Condor Syndicate (a German-owned airline in South America), and the Danish DDL. Focke-Wulf followed up with the more powerful, heavier Fw 200B and the Fw 200D that had even more fuel. But meanwhile, the Condor was developed in another direction.

The Imperial Japanese Navy had expressed an interest in a long-range reconnaissance version of the Condor. Tank modified a Fw 200B-1 to create the Fw 200V10 prototype, with more fuel, three machine guns, a short ventral gondola with fore-and-aft gunner positions, and a lot of additional equipment. It was never delivered to its customer. In 1939 the Luftwaffe decided that the Fw 200 could meet its own requirement for a long-range maritime reconnaissance aircraft, and instructed Focke-Wulf to develop the Fw 200V10 into a more robust aircraft with a bomb-carrying capacity.

The answer was the Fw 200C, with some modest structural reinforcements, improved cowlings containing 850hp BMW 132H-1 engines with three-bladed propellers, and bomb crutches on the wings. A longer ventral gondola, with a bomb bay, was planned but not fitted to the first production aircraft. When fitted, the gondola, which was offset to starboard, housed a 20mm MG FF cannon in front and a 7.9mm MG 15 machine gun aft. Another MG 15 was in a position above and behind the cockpit, and one in a dorsal position. The bomb capacity was 250kg in the gondola, two 250kg bombs under the outboard engine nacelles, and two more under the outer wing panels. The aircraft had a five-man crew.

The Fw 200s were delivered to Kampfgruppe 40, which from June 1940 operated from Bordeaux-Merignac. Systematic anti-shipping operations began in August. Flights lead over the Bay of Biscay, around Ireland, and ended in Norway. The sinking of 90,000 tons of shipping was claimed in the first two months, and 363,000 tons by February 1941. Churchill called it the "Scourge of the Atlantic".

But the Fw 200C-1 made itself very unpopular by breaking its back on landings. At least eight Fw 200Cs were lost when the fuselage broke, just aft of the wing. Obviously, the strength of the airframe was insufficient to cope with the additional weight and stress. The Fw 200C was always an improvised combat aircraft, with many deficiencies. The crews also complained about inadequate armament and an vulnerable fuel system.

The Fw 200C-3 introduced some more reinforcements, although still insufficient, a gun turret to replace the fairing above the cockpit, two beam guns, an increase in bomb load, and an additional crew member. It also had 1200hp BMW 323-R2 engines to compensate for the weight increase. Soon a number of variations in armament appeared, as the MG FF and MG 15 were replaced by far more powerful 15mm and 20mm MG 151 cannon, or the 13mm MG 131. With these changes, the later Condors were very well armed.

For offensive purposes the Fw 200C was equipped with the low-altitude Revi bombsight, or the Lofte 7D sight for attacks from between 3500m and 4000m. Radar appeared, on the Fw 200C-4, in the form of Rostock or Hohentwiel anti-shipping radars. These modifications increased the weight and reduced the speed. the max level speed of the Fw 200C-4 was a very unimpressive 330km/h at 4800m, down to 280km/h at sea level. The speed of 450km/h was not be exceeded, and brusque evasive manoeuvres could results in structural failures. Endurance was 14 hours, for a range of about 3860km, or 18 hours if additional fuel tanks were carried instead of bombs, and cruising speeds were around 250km/h. The common bomb load on long-range missions was just four 250kg bombs.

In mid-1941 a change of tactics occurred. The Fw 200 crews were now instructed not to attack, and to evade all combat unless unavoidable. The Condors were used to report allied shipping movements. To guide the U-boats to the convoys they shadowed they transmitted direction finding signal, but they did not directly communicate with the submarines. This was a more effective use of the available numbers, and it also helped to conserve the aircraft: Production was low, and some Fw 200s were diverted to other roles, notably VIP transports. But worse was to come. On 20 September 1941 a Condor was lost when it attacked a convoy escorted by HMS Audacity, the first escort carrier. During the second voyage of the carrier, four Condors were shot down. Although the Audacity was primitive, and soon sunk by U-751, it announced the beginning of the end. The vulnerable Condor was increasingly confronted by enemy fighters, based on catapult-equipped merchant ships (CAM ships), merchant ships with small flight decks (MAC ships), or small escort carriers.

In 1943 the Condors were recalled to be used as transports on the Eastern front, during the Battle of Stalingrad. They later returned to the Atlantic coast, but only a few continued to serve as maritime reconnaissance aircraft. In this role, the Condor was now being replaced by the Ju 290. The Fw 200s returned to anti-shipping strikes. For this purpose, the Fw 200C-6 and C-8 were equipped with the Henschel Hs 293A anti-ship missile, but the type's career was clearly over. The Condor served until the end of the war, but mainly as a transport aircraft.

Production ceased in early 1944, after the Luftwaffe had received 263 out of a total production of 276.