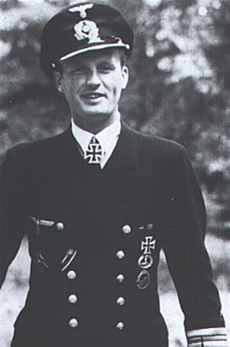 2 Aug 1943. U-453 encountered nine US airmen in two rubber dinghies in the Mediterranean Sea about 50 miles south-west of Corfu at 0810hrs. They were from the B-24D-95-CO Liberator 42-40780 (67th BS/44th BG USAAF, pilot 1stLt Fred H. Jones) which had been forced to ditch on 1 August while returning damaged by AA fire and fighters from the Ploesti raid. The U-boat went alongside to identify them, but could not take the men aboard as it was en route to operate against the Allied invasion fleet off Sicily. However, the commander was sorry not being able to help and sent a radio message with their position. They were rescued by an Italian ASR aircraft during the afternoon.

We have no recorded attacks on U-453 on this date.

If you believe we have omitted an attack on U-453 please let us know.