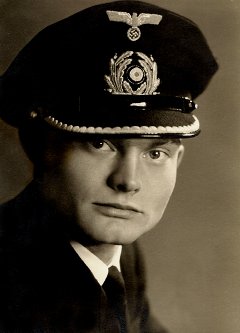 
Daily positions, sinkings and allied attacks during the patrol of U-595

Ships hit by U-595 during this patrol

Attacks on U-595 during this patrol

14 Nov 1942
The sinking of U-595
Two Hudson aircraft (608 Sqn RAF/C & D) began the attack by depth charging U-595. The boat dived but re-surfaced shortly afterwards, heavily damaged and unable to dive. Her commander decided to beach the boat on the Algerian coast. At this point Hudson aircraft F, L, K, W and X of 500 Squadron RAF also appeared and attacked the fleeing boat. Despite these odds the boat survived long enough to beach near Tenes, and the crew were saved. 608 Squadron RAF was given the credit for the U-boat's demise because they did the most damage. U-595's gunners put up a solid defence during the action, damaging Hudsons F, K and X. (Sources: Franks/Zimmerman)