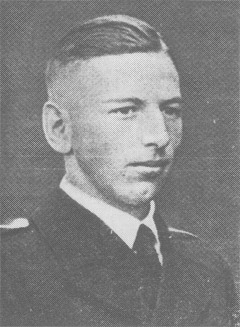 
Daily positions, sinkings and allied attacks during the patrol of U-652

Ships hit by U-652 during this patrol

Attacks on U-652 during this patrol

4 Sep 1941
On 4 September 1941 a British bomber signalled the American destroyer USS Greer that a U-boat was in the vicinity. Greer picked up a sonar contact at close range and started to track the boat. The aircraft dropped four depth charges and then left the scene. Shortly afterwards U-652 fired a torpedo at the US warship, perhaps believing she was responsible. Greer then went on the attack, and a two hour battle followed, during which she dropped 19 depth charges and the U-boat fired another torpedo - no damage to either side. President Roosevelt used this event in his campaign to convince the US to go to war against Germany, and the "undeclared war" between U-boats and US escorts escalated dramatically from this point.