What happened on
24 May? 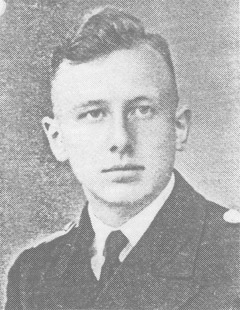 Crisis in the Pacific
The Battles for the Philippine Islands by the Men Who Fought Them
Astor, Gerald

Diving report:
This wreck lies 1.5 miles from the reported sinking position of U218, which foundered under tow on 4/12/45 while on her way to be expended as an aircraft target. We therefore expected that this wreck would turn out to be this rare VIID U-boat.

At a depth of 60 metres in huge visibility and much ambient light, the wreck of U218 was found. The superb conditions made for high quality video and stills images of the wreck. She was an absolutely incredible sight.

U218 lies over on a 45-degree list to port. Apart from minor damage to bow and stern, this wreck is completely intact. The 5-chute mine section behind the conning tower made this wreck easily indefinable. She is the only VIID in the world that has been dived so far, making her a rare treat for the diving team, and a fantastic way to begin the expedition.

The underwater conditions at the moment mean that we are expecting several other first-class submarine dives in the next few days.

Underwater images of all the wrecks will be made available at the end of the expedition.

Comments:
On the way from Portpatrick to the wreck, MV Salutay passed over the wreck of U1014, which was sunk in February 1945. As a war-grave, she is a salutary reminder of the realities of the U-boat war. The diving team took time to reflect upon the huge sacrifices made by the Ubootwaffe in WW2.