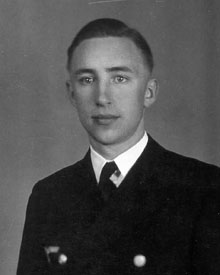 One of the biggest convoy battles happened here in 1942 when PQ-17 was almost eliminated. The boats operating there were mostly from the 11th Flotilla in Bergen and the 13th Flotilla in Trondheim.

This area saw the battles for convoys PQ, QP, RA and JW from 1942 to 1945. The path shown in red on the map is the approximate route for these convoys.

U-boats lost in the Barents Sea

German U-boats lost in the Barents Sea during the war.

Ships hit by U-boats in the Arctic

In those frigid waters many convoy battles were fought from 1941. On this map you can see many of the ships from convoy PQ-17 on the top right line of blue markers.