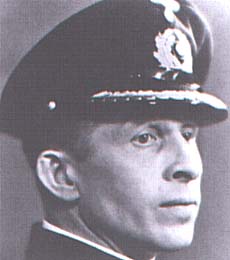 The Bay of Biscay

This body of water was known as the Valley of Death among U-boat men from 1943 onwards. At that time the RAF had gained total air supremacy all over the bay and was sinking U-boats only few hours from their bunkers. The failure of the Luftwaffe to protect the area is baffling.

German U-boats lost in the Bay of Biscay

This map shows U-boats lost at sea, a significant portion of the overall U-boat losses. Here the Flak-boats were experimented with in an attempt to fend of the allied aircraft. One of the means to combat the ever-present aircraft in this area was the Piening-Route of 1943.