Joining at the outset of WW2, after attending the usual course at ROYAL ARTHUR he was appointed to the WILDFIRE(the base at Sheerness)with seniority as a Temporary Lieutenant of 27 Nov 1939 and took part in minesweeping operations in the North Sea, mainly in the drifter TILLY DUFF. At Dunkirk he was temporarily in command of the Trawler MONARDA and made two crossings disembarking a total of 190 troops.

On 3 September 1940 he was gazetted for the award of a DSC "for bravery, skill and enterprise in minesweeping off the coasts of Holland, Belgium and France".

On 27 August 1940 he was appointed as CO of the yacht GIROFLEE operating out of Brightlingsea on examination duties and then on 21 August 1941 as CO of the new build Isles Class minesweeping trawler PLADDA commissioned on 5 September 1941. After working up at Tobermoray PLADDA made passage via West Africa and the Cape to Mauritius, at one point in April 1942 escorting Convoy S.T.19 from Freetown to Takoradi. After a 4 week refit in Mauritius she proceeded to Diego Suarez on 19 December 1942 and operated mainly between there and Tamatave until February 1943. 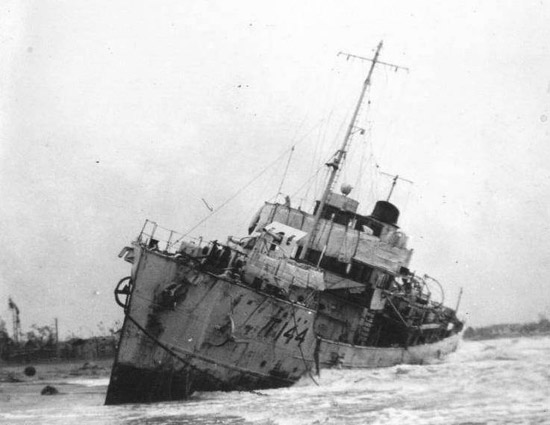 A cyclone struck Tamatave on the night of the 11th/12th February during which PLADDA broke from the mole and was driven ashore on the beach at the edge of high water mark. The ship herself was comparatively undamaged but salvage operations presented considerable difficulty owing the large amount of shifting sand which had to be dug away in order to refloat her. This took about 8 weeks but was eventually successful and on April 5th she left Tamatave for Diego Suarez in tow of the French tug AMIRAL BOUVET. After a major refit she left Diego Suarez on September 14th 1943 to operate out of Kilindini.

At the turn of the year Lieutenant Lovelock contracted malaria. He relinquished his command of PLADDA in January 1944 and spent some time convalescing in the country near Mombasa before taking passage to Ceylon (possibly in the ALLIGATOR) where he was appointed in command of the controlled minelaying trawler JAY (later SANDMARTIN) on 1 May 1944. At the end of that year he returned to the UK for minesweeping and patrol duties on the staff of LYNX (the base at Dover). He was discharged at the end of hostilities in 1945.

No events found for this officer. This may be due to unknown dates of command (we pull ship events to their respective commander pages).

You can help improve officers Pearce Trewhella Lovelock's page
Click here to Submit events/comments/updates for this officer.
Please use this if you spot mistakes or want to improve his page.