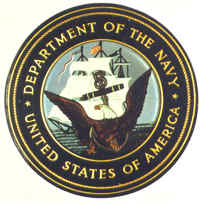 On this page we'll collect information related to the US Navy in the Atlantic in World War Two. Material such as organisation, fleets, weapons and losses will be included.

The 10th Fleet was created with the sole purpose of fighting the U-boats. It never sailed for it had no ships yet it had a dramatic impact on the war in the Atlantic. How? Find out here.

Unites States Destroyers is a compilation of the US Navy strategy for its destroyer force and newbuilding.

During 1941-1946 the US Navy held control over the United States Coast Guard.