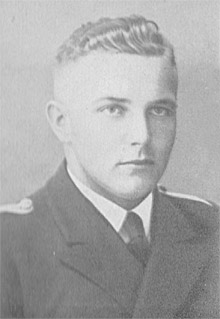 
The translated war diary of U-552 for this patrol is available on our partner website: uboatarchive.net

Daily positions, sinkings and allied attacks during the patrol of U-552

We have daily positions for all 33 days on this patrol.

Ships hit by U-552 during this patrol

31 Oct 1941. The first US Navy ship lost in the Atlantic On 31 October 1941 U-552 was hunting the eastbound convoy HX 156, and at roughly 0525 hrs torpedoed one of the escorts. The ship's magazine exploded and the ship sank rapidly, with 100 from the crew of 144 going down with her. She was the destroyer USS Reuben James, and was the first US Navy ship lost in hostile action in WWII. This occurred nearly six weeks before war was declared between Germany and the United States, although US Navy ships had been escorting convoys and attacking U-boats for months before that.

Attacks on U-552 during this patrol

We have no recorded attacks on U-552 duing this patrol.

If you believe we have omitted an attack on U-552 please let us know.