What happened on
17 August? 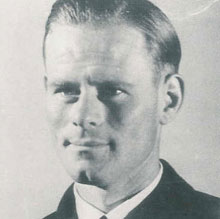 
The translated war diary of U-130 for this patrol is available on our partner website: uboatarchive.net

Daily positions, sinkings and allied attacks during the patrol of U-130

We have daily positions for all 61 days on this patrol.

Ships hit by U-130 during this patrol

Attacks on U-130 during this patrol

12 Jan 1942
16.28 hrs, Cabot Strait, between Nova Scotia and Newfoundland, Canada: the surfaced boat was attacked by a Canadian aircraft dropping two 250lb depth charges. Luckily for U-130, the green aircrew botched the attack and the boat escaped unharmed. (Sources: KTB U-130)

18 Jan 1942
Following an unsuccessful nighttime attack on a fast merchantman off Nova Scotia, the boat was nearly lost when surprised on the surface by two Canadian "destroyers" at about 01.20 hrs. One of them tried to ram, and passed only 10 metres astern of U-130, which immediately crash-dived. Iced-up diesel air intake valves caused 8 tons of water to enter the boat, which hit the bottom at a depth of 48 metres (157 ft). Luckily the warships dropped no depth charges, perhaps due to their equipment also being frozen. The Germans managed to pump the water out and the boat later headed southwards into warmer seas. (Sources: KTB U-130)