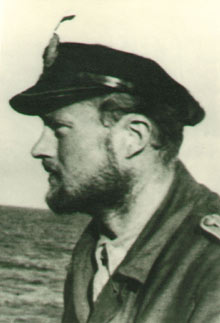 The wreck of U-34 was raised on 24 August 1943, taken to Lindenau-Werft in Memel and probably scrapped after decommission on 8 September 1943.

12 Dec 1936. U-34 took a supervisory role in the German Operation Ursula in Spanish waters during the Civil War. The boat, under the command of Kptlt. Harald Grosse, sank the Spanish submarine C-3 on 12 Dec. 1936. See this article on the incident.

Unlike many other U-boats, which during their service lost men due to accidents and various other causes, U-34 did not suffer any casualties (we know of) until the time of her loss.

There was another U-34 in World War One
That boat was launched from its shipyard on 9 May 1914 and commissioned into the Imperial Navy on 5 Oct 1914. The Naval war in WWI was brought to an end with the Armistice signed on 11 Nov, 1918. Read about SM U 34 during WWI.