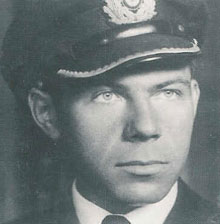 Patrol info for U-15


Second part of the first war patrol - a mine laying operation off Flamborough Head.

Ordered to observe the shipping in the southern North Sea, but was recalled on 29 August to prepare the boat for a mine laying operation.

Daily positions, sinkings and allied attacks during the patrol of U-15

Ships hit by U-15 during this patrol

Attacks on U-15 during this patrol

We have no recorded attacks on U-15 duing this patrol.

If you believe we have omitted an attack on U-15 please let us know.

Mine-laying operations during this patrol

U-15 laid mines on the following dates during this patrol:

See all patrols for U-15