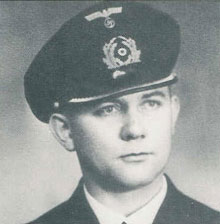 Following the sinking of Inverlee by U-204, the corvettes of the 37th Escort Group were despatched from Gibraltar to carry out an anti-submarine sweep off Cape Spartel, Morocco. At 21.46 hrs, HMS Mallow obtained an asdic contact on her starboard quarter and eight minutes later dropped a pattern of seven depth charges. After regaining contact, the corvette turned around to carry out a second attack, but the echo became woolly. After passing through a patch of oil approximately 200 yards long and 50 yards broad (183 x 46m) Mallow regained contact, but lost it again before another attack could be carried out. At 22.21 hrs, HMS Carnation obtained a contact after passing through the oil patch which was judged to be a U-boat stationary on the bottom, and dropped five depth charges, but it's doubtful this was U-204 since it was two miles further east. HMS Mallow then remained near the oil patch until joined by HMS Rochester at 09.00 hrs on 20 October. The sloop eventually dropped five depth charges into the patch and observed the amount of oil to increase, which was found to be diesel. Another pattern of five depth charges produced a further volume of oil but no other evidence. A day later parts of a G7a torpedo were recovered about eight miles (13km) east of the position of the oil patch. U-204 must have been badly damaged or even sunk by the initial attack of HMS Mallow and the depth charges dropped by HMS Rochester either finished her off or broke up the wreck lying on the bottom.

Unlike many other U-boats, which during their service lost men due to accidents and various other causes, U-204 did not suffer any casualties (we know of) until the time of her loss.