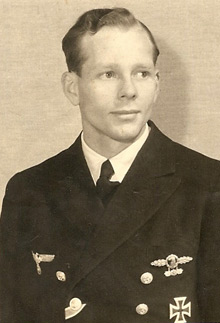 U-253 reported for the last time on 24 September 1942 from the approximate position 67.30N, 21.00W while operating against convoy QP-14. The next day it was ordered to head to a new patrol area southeast of Cape Farewell through the Denmark Strait and was reported missing thereafter.

There is a strong possibility that the boat was lost to a mine in the anti-submarine minefields SN 11 or SN 71A north-west of Iceland on 25 September. These barrages were laid on 1 June and 21 August 1942 and crossed U-253's route into the North Atlantic.

Unlike many other U-boats, which during their service lost men due to accidents and various other causes, U-253 did not suffer any casualties (we know of) until the time of her loss.