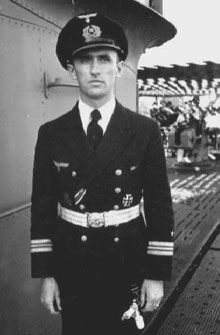 24 Apr 1945
Depth charges from a hunter-killer group damaged the periscope so badly that the boat had to return to base.

Unlike many other U-boats, which during their service lost men due to accidents and various other causes, U-363 did not suffer any casualties (we know of) until the time of her loss.