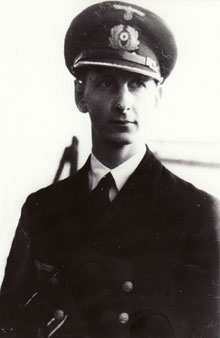 U-570 became the British submarine HMS Graph on 5 October 1941. Decommissioned from active service on 21 June 1943. Stricken from records after running aground on the west coast of Islay, Scotland on 20 March 1944, while en-route to be scrapped. Wreck broken up in 1961.

29 Aug 1941. The surrendered boat is beached at Thorlakshofn, in Southern Iceland after being towed from its capture 2 days earlier. It was deemed best to beach her there instead of the longer route to Reykjavik.

Unlike many other U-boats, which during their service lost men due to accidents and various other causes, U-570 did not suffer any casualties (we know of) until the time of her loss.