What happened on
22 September? 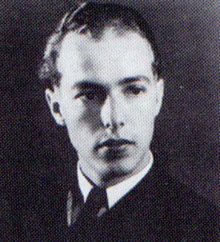 10 May 1945. On 10 May 1945 U-977, in Norwegian waters when Germany surrendered, put ashore those men who did not wish to join the rest of the crew in an arduous voyage to Argentina.

Surrender in Argentina in August 1945

The boat left Kristiansand, Norway on 2 May 1945 for a combat patrol in the English Channel. When Germany surrendered a few days later the boat was outbound in Norwegian waters. After deciding to make for Argentina, Schäffer gave the married men on board the chance to go ashore. Roughly a third of the crew, 16 men, opted for this, and landed by dinghy near Holsenöy on 10 May. They all ended up in British hands. U-977 then sailed for Argentina. One continuously submerged Schnorchel run of 66 days was made between May 10 and July 14, the second longest of the war (after 68 days by U-978).

The journey was extremely stressful for the crew and many were apparently on the verge of a nervous breakdown. The boat stopped at the Cape Verde Islands for a short swim break and then proceeded south on the surface on one diesel. After crossing the equator on July 23, U-977 arrived in Mar del Plata, Argentina on 17 August after being at sea for 108 days.

This boat was fitted with a Schnorchel underwater-breathing apparatus in February 1945.

Unlike many other U-boats, which during their service lost men due to accidents and various other causes, U-977 did not suffer any casualties (we know of) until the time of her loss.