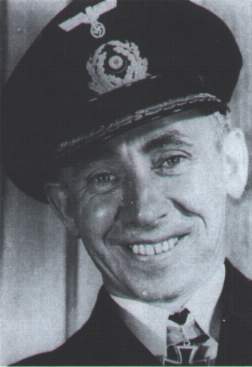 The Lost Ships of Guadalcanal
Exploring the Ghost Fleet of the South Pacific
Ballard, Robert D.

The U-boat bunkers in Lorient

The first air raid on Lorient was by British Royal Air Force (RAF) on 27 Sept, 1940 showed just how sensitive the U-boats were in the open at the French bases and preperations for bunker construction began shortly afterwards. Those air raids were totally wasteful, as even with over 4,500 tons of bombs dropped on Lorient the bunkers were still very operational.

Before the great Keroman shelters was built, there were built two so called Dombunker (cathedral shelter). The were named East and West bunker. They only sheltered one U-boat each and were 81 m long, 16 m wide and 25 m high.

The construction of the first shelter, Keroman I, began on 2 February, 1941, followed by Keroman II three months later. The Keroman III , the largest at 24,000 square meters construction started in October 1941 and it became partially available at the beginning of 1943 and fully operational in May that year.

Keroman III was protected by double roof, where one would get the impact and the other would survive without any problem. You can actually see a place where a direct hit was placed on the first roof, the beam is broken there. The roofs are 3.6m of concrete, with a gap between them of 1m.

Only Keroman III was accesed directly from the river, the two other (I & II) were accesed from a rail system (slipway). On this site you can see pictures of how the ship was placed in the pen.

6 bunkers were built to the north-west of the Keroman area which housed the torpedo storage needed for the U-boat force. 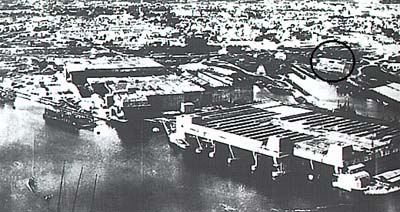 Many of the facilities at Lorient are still in use by the French Navy, including the Kernevel mansion and Keroman bunkers.

Today it seems as if the Keroman base will be sold. Then it will be up to the owner what will happen to the facilities. History has told us that scrapping is the traditional way under these circumstances.

The base was was abandoned by the military on 11 February 1997. Now KIII is open for visit, the other pens are used as locations for small businesses (some yachting constructors...). Next to the complex the fishing port of Lorient is situated. 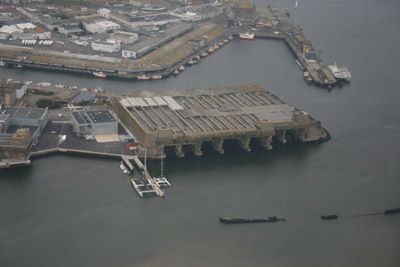 A nice aerial view of the Keroman bunker today. Photo by Macé Olivier.

Thanks to Hans De Ceuster for additional information on the Keroman bunkers. He had relatives who worked on the bunker construction but, as he points out, not voluntarily.