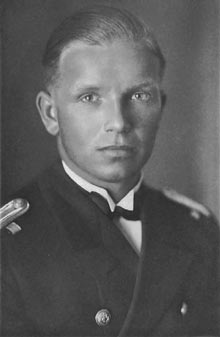 The Bases in Norway
Narvik

Narvik was captured after fierce fighting in April and May 1940, that cost both sides heavily especially the Germans (much of their destroyer force was lost).

The British force (Vice Admiral William Whitworth) consisting the battleship HMS Warspite and 8 destroyers attacked 8 German destroyers (Capt. Bey) inside Narvik Bay on 13 April 1940 in what is often called The Second Battle of Narvik. Of the German ships at Narvik on U-51 escaped out to sea, while U-64 was sunk at anchor by Walrus aircraft. None of the German destroyers survived.

During the first battle of Narvik the British lost 2 destroyers (Hunter and Hardy) with two others badly damaged. On the 13th Eskimo was badly damaged (see above).