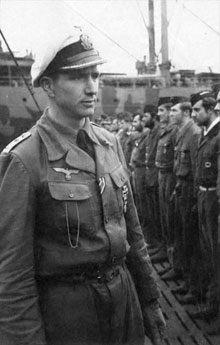 The French port of Toulon was occupied on 27 November, 1942 by the German 7th Panzer division, supported by the SS battalion Langemarck (from the "Das Reich" division) and the 10th Panzer division. At the same time the crews of the French ships proceeded to destroy the French fleet in the harbour.

On 20 January, 1943 the Kriegsmarine decided to use Toulon as a U-boat base. There were no bunkers in Toulon. In a meeting between U-boat chief in Italy, rear admiral Kratzenberg, and the Kriegsmarine chief in Italy, vice-admiral Weichold concerning possible transfer of the 29th Flotilla from La Spezia in Italy to Toulon. They decided that for the time being Toulon was not prepared to harbour the U-boats. It was decided to define three construction phases in order to allow anchoring of 5 U-boats and the accommodation of 450 men in the 1st phase. 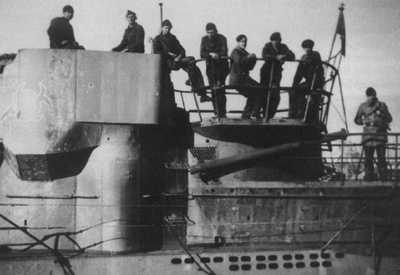 The situation in Italy was very uncertain and in August 1943 the 29th Flotilla headquarters were moved from La Spezia to Toulon.

The last U-boat that arrived at Toulon after successfully crossing the Straits of Gibraltar straits was U-471 on 12 April, 1944. After severe losses of U-boats (11 in 4 months) Admiral Dönitz ordered installation of Schnorchel on all the U-boats.

At the end of July the 29th flotilla only had 8 operational U-boats. After the last preparation bombardments for Operation Dragoon (the Allied landings in Southern France) the German Headquarters reorganised the 29th flotilla to document that only U-466, U-967 and U-230 were operational. Finally on 17 August the only U-boat left fit was U-230 and she was the last U-boat to depart the Toulon base, leaving that same day. Its crew scuttled U-230 four days later. 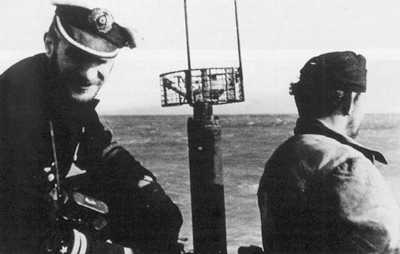 U-952 was one of the last U-boat to enter Toulon. Kapitänleutnant Oscar Curio
is seen here on 21 June, 1944. In the middle is the Naxos radar detector.

With successful Allied landings during Operation Dragoon on 15 August 1944, the final battle for the Toulon base began on 21 August and on the 28th rear Admiral Ruhfus and his last 1000 soldiers surrendered on the Saint-Mandrier peninsula after 19 months of German occupation.