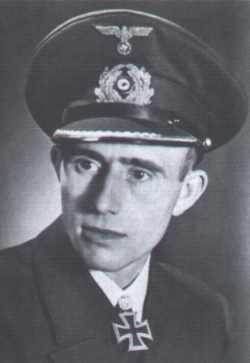 This was one of the most important areas fought over in the entire U-boat war. In May 1942 the German U-boats began to sink merchants in these waters at an alarming rate. Here they saw the chance to literally strangle the allied war effort by cutting the vital supply line of oil and aluminium. With more U-boats available, due to very long time-away-from-battle for each boat, they might have succeeded.

U-boat losses in the Caribbean

German U-boats lost in the Caribbean.

Even though the U-boat visited the area throughout the war, after 1942 the momentum had swung in favor of the Allies through a massive build-up there. Somehow this worthy story has rarely been told.

One of the more dramatic U-boat losses here was the newly arrived U-615 (Kptlt. Ralph Kapitzky) in August 1943 which fought a number of Allied aircraft before finally succumbing to their attacks after 8 days of attacks. That action helped many other U-boats escape from the trap the Caribbean had become.

Ships hit by U-boats in the Caribbean

Immediately following Operation Drumbeat Dönitz sent his U-boats even further and they reached the Caribbean and the Mexican Gulf in mid Feb 1942. The first boat to successfully attack shipping in this area was U-156 (Kptlt. Werner Hartenstein). He left Lorient, France on 19 Jan and nearly month later on 16 Feb 1942 sank 1 ship, the British steam tanker Oranjestad and damaged two more off Aruba.

Before the U-boats were driven out of the area by ever increasing anti-submarine patrols they had sunk 319 ships for over 1.5 million tons and damaged 46 more. This came at the cost of 12 lost U-boats.