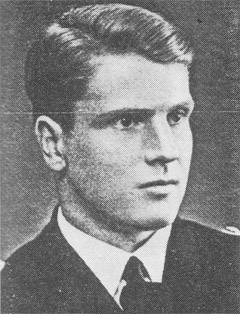 On these pages we'll collect operations that can be considered special or unique among the thousands of U-boat patrols undertaken during the war.

The first 3 articles cover the only 3 landings that I know of in Northern America. If you know of any other I'd love to hear about it.

Saboteur landings in America in 1942

Two teams of 4 men each were landed in America by 2 U-boats during June, 1942. Their mission was to destroy key industrial facilities in the United States.

Landing at Baie des Chaleurs, Newfoundland
On 9 Nov 1942 U-518 (Kptlt. Friedrich-Wilhelm Wissmann) landed an agent, Werner Alfred Waldmar von Janowski, at Baie des Chaleurs (e. Chaleur Bay) in Canada. The agent was successfully landed on the beach and the boat then headed out to open waters. The agent was arrested witin days and some sources state he was "turned" on his German masters. (Blair, Clay. 1998. Hitler's U-boat War, vol 2)

During the fall of 1943 a German U-boat landed a team and erected a weather station in this remote region.

When U-1229 was sunk on 20, Aug 1944 she was on a mission to land an agent, Oskar Mantel, in the Gulf of Maine, USA but the boat was sunk on the outbound route from Norway. Mantel was among the survivors captured by the Allies.