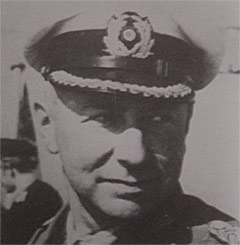 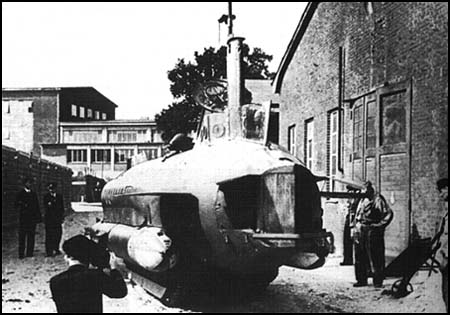 The prototype of this boat had been under construction since March 1944. It had the interesting feature of tracks similar to those found on a bulldozer or a tank and could thus crawl on the sea bed.

It was a 35-ton vessel with a two man crew and a length of 14,2 meters. They could reach a maximum depth of 21 meters and a submerged speed of 8 knots. It was designed to carry 2 underslung torpedoes. When the war ended, the only prototype was blown up near by Lübeck.