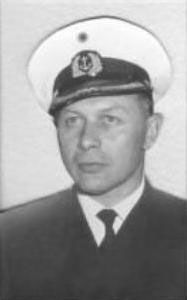 This was the first Walter boat, known as V80. It was built at Germaniawerft in Kiel during 1939-1940 and was driven by one Germaniawerft Walter turbine (20,000rpm). A crew of 4 was needed to operate the vessel which was unarmed and built purely for research purposes. V80 was used for various trials and shattered all underwater speed records at the time when the boat reached 28 knots. V80 was taken out of service at the end of 1942, and was scuttled at Hela in March 1945.