of Aspendale, Victoria. He was in his room when Helen Moller was torpedoed and injured when blasted into the adjoning storeroom. Nevertheless he helped his room mate Leading Seaman Taylor to reach a lifeboat and then made a delibreate search of the ship for those needing assistance. He carried the half conscious third officer Ghansham Soni from the lower bridge to a lifeboat. After the ship had sunk he volunteered to swim to another lifeboat without life belt support, accompanied by pantryman Ahmad as interpreter. He took charge of the boat and sailed for seven days until being picked up.

Eric Alfred Seivers was awarded the British Empire Medal (BEM) for his selfless conduct and courage. 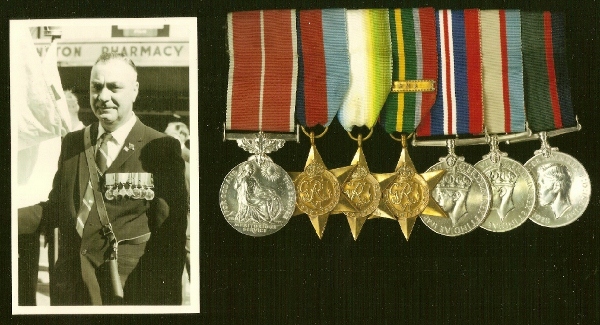 Eric Seivers at ANZAC Day March in Melbourne in the sixties and his War Medals on the right. Photo courtesy of Richard Seivers.