What happened on
7 April?

James Patrick Rawley had been a joiner and carpenter in Liverpool before joining the British Army on 18 June 1942. He became a DEMS gunner aboard Sourabaya, serving in one of the Maritime Regiments, Royal Artillery. He helped Ronald Black after the ship was torpedoed, but the young mess room boy died and James later visited his parents and family in Scotland, who were grateful for his visits to them. He continued to serve in the British Army until being demobilized on 30 August or 27 September 1946. 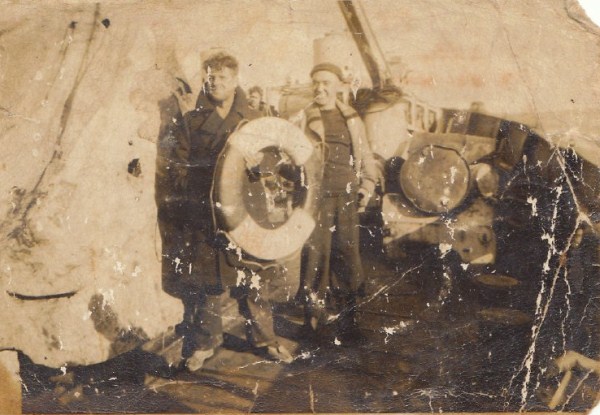 Do you have additional information on this person?
If you wish to add information to this person the following would be helpful (if missing): nationality, name, dob, place of birth, service (merchant marine, ...), rank or job on board specific ship. We have place for a photo as well if provided. You can send the information here.