What happened on
4 June? 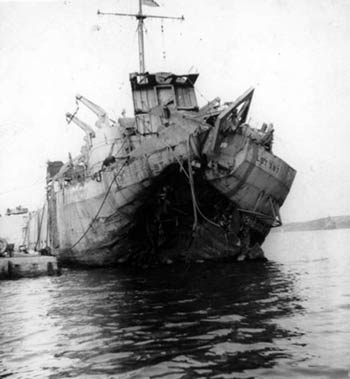 22 Jun 1943
At 21.31 hours on 22 June 1943, U-593 fired a spread of four torpedoes at the convoy Elastic about eight nautical miles north-east of Cape Corbelin in position 36°59'N, 04°01'E and hit the USS LST-333 and USS LST-387 with one torpedo each. The first was beached and declared a total loss, while the latter was towed to Dellys and later repaired. The torpedoing of these two ships hampers the training for the forthcoming invasion of Sicily (Operation Husky).

USS LST-387 was towed to Dellys by the landing craft USS LCT-294 and USS LCT-431. The vessel was subsequently repaired and returned to service.