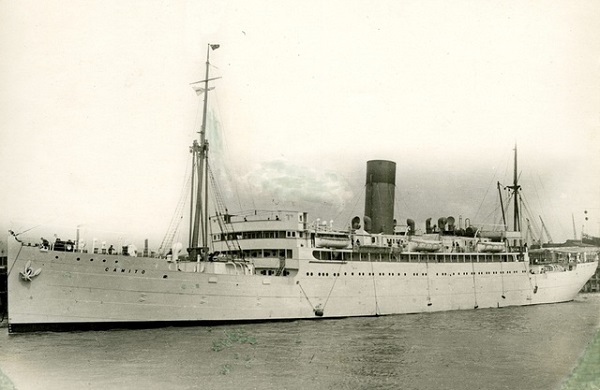 This convoy departed Freetown on 30 January 1941 for the U.K.

The convoy was not escorted.

On 12 February 1941, the convoy was intercepted east of the Azores in approximate position 37°10'N, 21°20'W by the German heavy cruiser Admiral Hipper, which managed to sink the following merchant vessels; Borgestad, Derrynane, Oswestry Grange, Shrewsbury, Warlaby, Westbury, and Perseus. The Lornaston sustained heavy damage and Kalliopi sustained light damage. The Lornaston went to Ponta Delgada where she arrived on the 18th. The Kalliopi arrived at Gibraltar on the 18th.

The convoy scattered on being attacked.

Also the light cruiser HMS Sheffield (Capt. C.A.A. Larcom, RN) was ordered to the area to provide cover for the remaining ships.

On 24 February, the Nailsea Lass was torpedoed and sunk south-south-west of Ireland by the German submarine U-48.