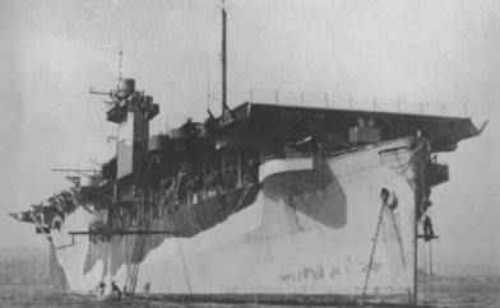 This convoy departed the Clyde on 3 March 1944 for Alexandria.

Around 1800Z/6, the frigates HMS Cranstoun, HMS Deane and HMS Redmill parted company with the convoy.

During the night of 9/10 March, HMS Nigeria fuelled at Gibraltar and then rejoined the convoy.

Around 1000A/11, HMS Erne parted company with the convoy to proceed to Algiers.

At 0137B/13, HMS Nigeria parted company with the convoy to proceed ahead of it to Port Said.

Around 0600B/16, HMS Phoebe parted company with the convoy to proceed to Alexandria.

The convoy arrived at Port Said late in the afternoon of the 16th.

11 Jun 1944
During 11 and 12 June 1944, HMS Storm (T/A/Lt.Cdr. E.P. Young, DSC, RNVR), conducted exercises off Trincomalee during which a practice attack was made on HMS Begum (A/Capt. J.E. Broome, DSC, RN). These were followed by A/S exercises with aircraft from Begum and several of her escorts. These included night exercises. (1)