Escort Carrier of the Nairana class 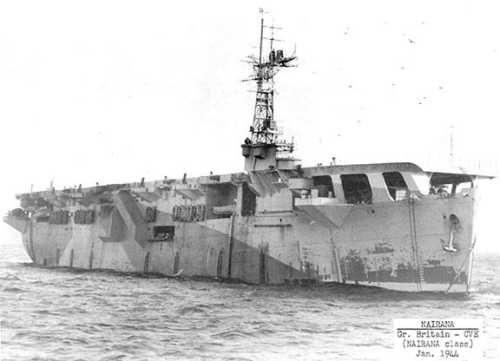 Later the same day, HMS Tantalus and HMS Statesman (Lt. R.G.P. Bulkeley, RN) carried out attack exercises on each other. (1)

In the eastern Mediterranean the escort destroyer Quantock was also with the convoy for a while. [Further details currently unkown.]

The transport Hai Lee proceeded to Bizerta while the other two transports joined convoy MKF 32.

On 26 June, off Djidjelli, HMS Guardian was detached and later off Algiers the transport Champollion (French, 12263 GRT, built 1925) joined the convoy while HMS Attacker was detached.