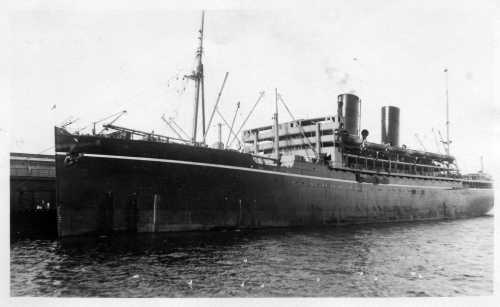 Photograph with thanks to Mick Hickson, Australia.

[It is possible some of these ships did not sail from Freetown but joined the convoy at sea.]

On departure from Freetown the convoy was escorted by the armed merchant cruiser HMS Comorin (Capt.(Retd.) J.I. Hallett, DSO, RN).

At 1915Z/9, HMS Kenya parted company with the convoy but she rejoined it at 2000A/10 after having been ordered to do so. While absent from the convoy HMS Kenya sighted and engaged a German Focke Wulf aircraft but it was not damaged and disappeared to the east.

At 2000A/11, HMS Kenya parted company with the convoy to proceed to Plymouth.