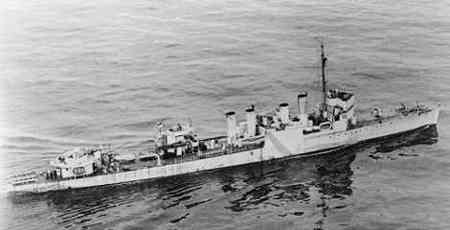 HMCS St.Croix as seen during the war. 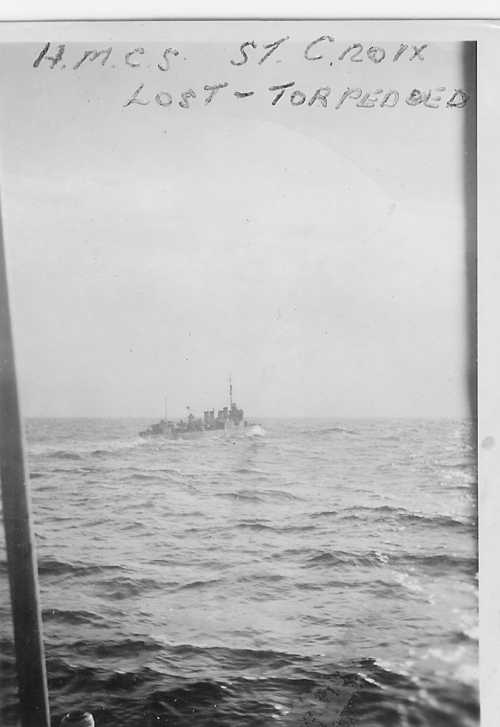 On departure from Halifax the convoy was escorted by the armed merchant cruiser HMS California (Capt. C.J. Pope, RAN), destroyer HMCS St Croix (Cdr. H. Kingsley, RCN) and the corvette HMCS Orillia (T/Lt.Cdr. W.E.S. Briggs, RCNR). The destroyer and the corvette were detached on the 18th to return to Halifax.

On the 28th the tanker Cowrie parted company with the convoy to proceed to Reykjavik, Iceland.

Around 1840Z/28, HMS California and HMS Thunderbolt parted company to proceed to Reykjavik.

Also on the 29th the destroyers HMAS Nestor (Cdr. G.S. Stewart, RAN) and HMS Anthony (Lt.Cdr. J.M. Hodges, RN) joined. They remained with the convoy until 1 April 1941 when they were detached to Scapa Flow arriving there later the same day.

This convoy of troopships departed Halifax on 10 April 1941 for the Clyde where it arrived on 19 April 1941.

On the 18th, HMS Active and HMS Echo were detached to Scapa Flow.

The convoy arrived in the Clyde on the 19th.

On departure from Bermuda convoy BHX 129 was escorted by the armed merchant cruiser HMS Ranpura (A/Capt.(Retd.) H.T.W. Pawsey, OBE, RN) which was then detached.

On 4 June 1941, HMS Repulse parted company with the convoy having been relieved by the heavy cruiser HMS Suffolk (Capt. R.M. Ellis, RN).

On 7 June the corvettes HMCS Chambly, HMCS Collingwood and HMCS Orillia were detached.

On 10 June HMS Alisma was detached.