Destroyer of the O class 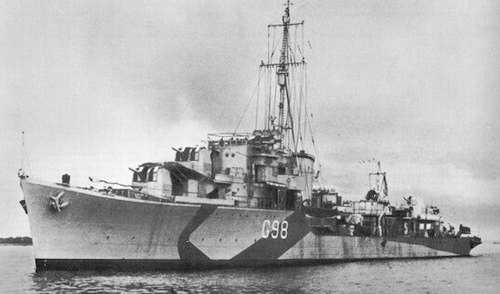 During these exercises Volatile collided with HMS Orwell (Lt.Cdr. J.R. Gower, RN). Volatile sustained damage to her conning tower. The port side of the bridge was caved in. These was also heavy damage to both periscope. One of which was completely carried away. (4)

20 Mar 1945
HMS Orwell (Lt.Cdr. J.R. Gower, DSC, RN) picks up 65 survivors (of which one died aboard the destroyer) from the American merchant Horace Bushnell that was torpedoed and damaged by German U-boat U-995 about 25 nautical miles east of North Kilden Light in position 69°23'N, 35°17'E.