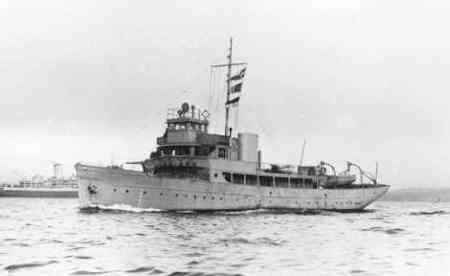 In the morning of the 15th the destroyer HMCS Restigouche (Cdr. H.N. Lay, RCN) joined to guide the convoy towards convoy HX 132.