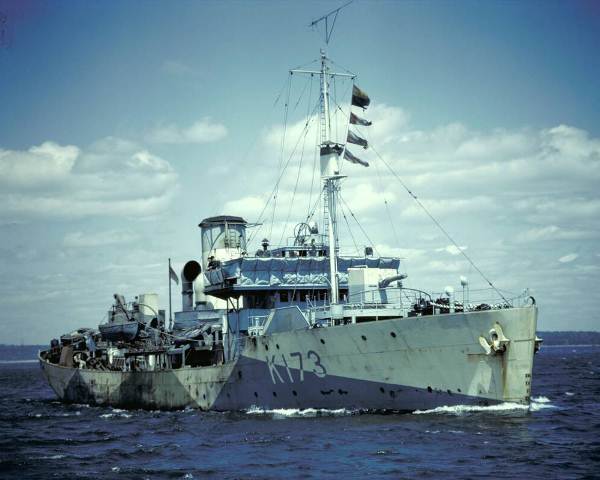 The tanker British Chivaldry (British, 7118 GRT, built 1929) was also with the convoy as escort oiler.

On 20 November 1942, to the West of Gibraltar, the convoy was attacked by the German submarine U-263 which managed to torpedo and sink the Grangepark and Prins Harald.

On 21 November 1942, the Gibraltar section of the convoy of five transports [identity to follow] parted company as did HMS Fowey, HMS Black Swan, HMS Carnation, HMS La Malouine, HMS Mallow and HMS Myosotis. HMCS Lunenburg also proceeded to Gribraltar with defects to her Asdic installation. After repairs she departed again later the same day to rejoin the convoy. The transport Hindustan also made a short stop at Gibraltar before rejoining the convoy.

The convoy was later split up into several sections, for Oran, Algiers, Bougie and Bone.

The Oran Section of 11 ships and HMS Leonian arrived there (around 1030A) on 23 November 1942 escorted by HMS Quality, HMS Quentin and HMAS Quiberon.

On 24 November German aircraft torpedoed and sank the Trentbank (which was to proceed to Bougie) in position 36°40'N, 01°11'E.

The Bone section of KMS 3 was attacked by enemy aircraft near Cap de Fer around 1400A/25. No damage was reported.