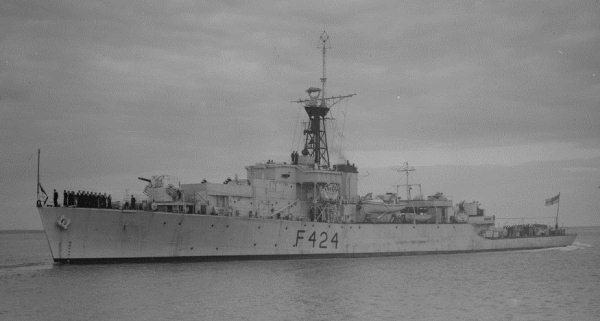 River class were designed for North Atlantic weather conditions and included the most effective anti-submarine sensors and weapons. HMS Rother and HMS Spey were launched in late 1941, and Canadian and Australian construction continued through 1944. Early River class units were available for the turning point convoy battles of the winter of 1942-43. River class frigates generally replaced the old Town and V&W class destroyers which had been assigned to ocean escort groups.

Commonwealth Frigates were not the same as the American destroyer escorts although they were both meant to fill the same need and thus did not differ greatly from one another. Strong argument can be made that the USN term destroyer escort was adapted by Admiral King due to his dislike for the British. After the war all destroyer escorts were renamed as frigates.

All Frigate classes (in service with the Royal Navy).