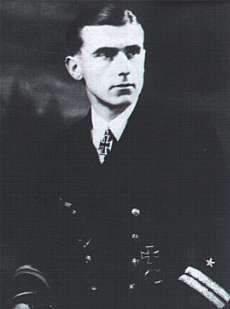 HMCS New Glasgow had spotted the snorkel of U-1003 off the port bow and prepared for a depth charge attack, but was herself damaged when the U-boat collided with the frigate just below the bridge. A massive U-boat hunt then took place with 14 Allied ships (Escort Groups C-4, 25 and 26) hunting for hours but the heavily damaged boat managed to elude them and then sat on the bottom for 48 hours for repairs. The severe damages forced the crew to scuttle their boat at the coast of Ireland on 23 March. The commander and 14 crew members were lost. 33 men were picked up by HMCS Thetford Mines, but two of them died and were buried at sea.

7 Feb 1944
During the boat's trials in the Baltic near Hela one man died when he fell overboard while transferring to an outpost boat (V-Boot). [Funkgefreiter Werner Guhl]