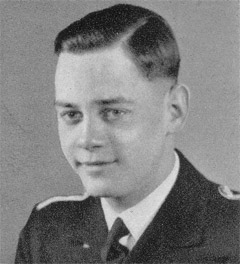 14 Mar 1943
While shadowing convoy ON-170 south of Greenland, U-468 was attacked and held down for several hours by the corvette HMS Gentian, after which contact with the convoy was not regained. Date is approximate. (Sources: Blair, vol 2, page 259)

22 May 1943
The boat was attacked by an Avenger aircraft (pilot Roger C. Kuhn) of the US escort carrier USS Bogue causing severe damage and forcing the boat to abandon patrol, arriving in France on 29 May. (Sources: Blair, vol 2, page 336)

0945hrs, southwest of Dakar: despite being hit by flak several times and set on fire, the aircraft continued the attack and dropped six depth charges to port, then crashed into the sea, killing the crew of eight. Two depth charges fell very close, causing devastating damage to the stern of the U-boat, which sank rapidly shortly afterwards. Less than half of the crew managed to abandon ship, many being injured or poisoned by chlorine gas, and most drowned or died from exhaustion or shark attack. Only the commander and six others survived, having managed to reach a rubber dinghy that floated free from the aircraft wreck, and later being picked up by HMS Clarkia on 13 August.

The Liberator pilot, F/O Lloyd Trigg RNZAF, who sank U-468 but perished with his entire crew in doing so, was awarded the Victoria Cross based solely on the testimony of officers from the U-boat, including the commander, Oblt Klemens Schamong. This was the only instance in the war of a statement from the enemy resulting in the award of such a high decoration. F/O Trigg pressed home his attack even though his aircraft was on fire and flying extremely low, an example of extraordinary bravery.


3 recorded attacks on this boat.

Unlike many other U-boats, which during their service lost men due to accidents and various other causes, U-468 did not suffer any casualties (we know of) until the time of her loss.