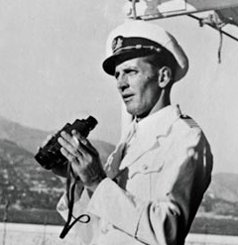 4 Jun 1943
The boat was attacked with rockets by a British Hudson aircraft (48 Sqn RAF/F) west of Gibraltar. This attack was formerly credited with the destruction of U-594, but it must have escaped with unknown damage only to be sunk by another Hudson from the same Squadron the next day. (Sources: Axel Niestlé & Eric Zimmerman)

25 May 1942
A man was lost when crash diving on patrol in the Caribbean. [Matrosengefreiter Walter Kunde]