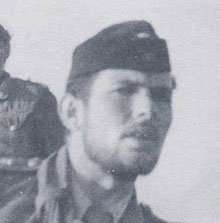 4 Jun 1943
21.30 hrs, southwest of the Azores: U-641 was attacked by an American Avenger (VC-9 USN, pilot Lt (jg) W.S. Fowler) from USS Bogue escorting convoy GUS 7A. The first pass was too fast and the pilot had to go around for a second run. Two depth charges were dropped, exploding off the starboard beam. Ten minutes later a second Avenger, piloted by Lt Cdr W.M. Drane (CO of VC-9), arrived and a coordinated attack made despite heavy flak. Four depth charges from the second Avenger detonated on the port quarter, causing minor damage. The first Avenger was forced to return to the carrier after being hit in the engine. When another Avenger arrived on the scene the boat disengaged successfully by diving. (Sources: Franks/Zimmerman)

Unlike many other U-boats, which during their service lost men due to accidents and various other causes, U-641 did not suffer any casualties (we know of) until the time of her loss.