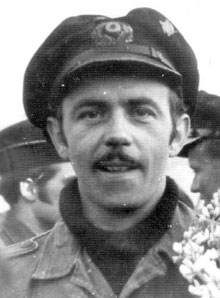 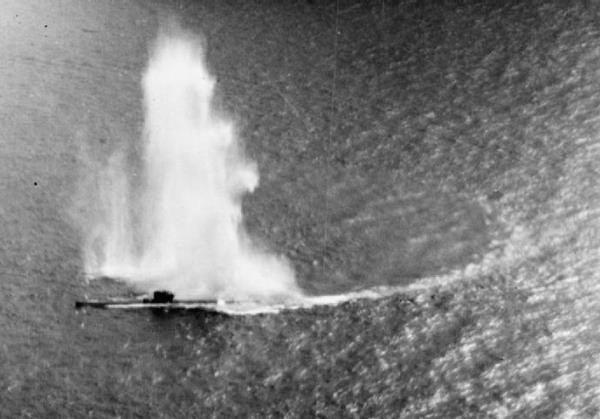 Three 100lb A/S bombs dropped from 1500 feet in the initial attack are falling short of U-83 which was subsequently
sunk by three depth charges dropped during a second attack run. Photo from Imperial War Museum, CNA-646

28 Dec 1941
An attack by a convoy escort in the Mediterranean damaged U-83 so severely she was forced to return to base at Salamis, Greece.

21 Oct 1941. U-83 fired a spread of torpedoes at a British task force (which included the ageing aircraft carriers HMS Eagle and HMS Argus) in the Straits of Gibraltar. The boat reported a destroyer sunk, but no hits were in fact scored.

Unlike many other U-boats, which during their service lost men due to accidents and various other causes, U-83 did not suffer any casualties (we know of) until the time of her loss.

There was another U-83 in World War One
That boat was launched from its shipyard on 13 Jul 1916 and commissioned into the Imperial Navy on 6 Sep 1916. The Naval war in WWI was brought to an end with the Armistice signed on 11 Nov, 1918. Read about SM U 83 during WWI.