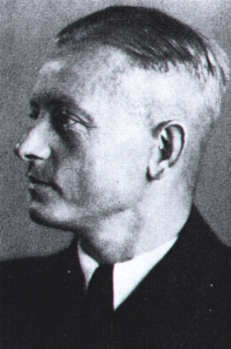 Walter Boldt joined the Kriegsmarine in 1939. From Aug 1942 to Jan 1944 he served as First Watch Officer (1WO). During Jan to March 1944 he went through U-boat commander training at the 3rd ULD and 23rd flotilla.

He suffered an accidental death in an explosion onboard the ship Danube at Mürwik, Flensburg, Germany.