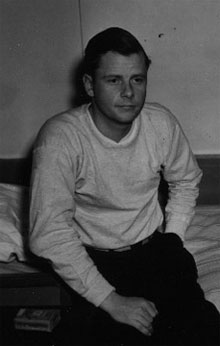 The following are the youngest German U-boat commanders who went out on combat patrol during WWII.

The following are the oldest German U-boat commanders who went out on combat patrol during WWII. Their age at the time of their first patrol in the war is used.

This page is read live from our databases of Commanders and U-boat patrols. The data seen above may change slightly from time to time as new or updated information comes to light.

We consider extended time in enemy waters to be a patrol, especially later in the war when many boats were being lost only a few days out from their bases. The 43 day journey of the 20-year old Ludwig-Ferdinand von Friedeburg commanding the large U-155 from besieged Lorient, France on on 9 Sept 1944 to Flensburg, Germany certainly falls under that category.

The average age of the U-boat commanders

During the war the average age of commanders on patrol was about 28 years.