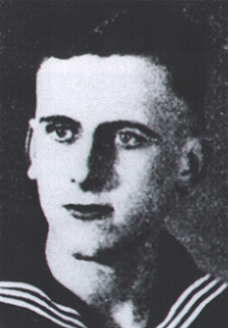 As an experienced officer in the merchant navy who had rounded Cape Horn six times on the four-masted square-rigger PASSAT, attended navigation school at Hamburg, and served as watch officer on several other vessels, Carl Born joined Crew 33 after basic instruction in Crew 34.

(There is an international association for seamen who have rounded Cape Horn - Amicale Internationale Des Captaines Au Long Cours).